THE DIFFERENCE BETWEEN BALLISTIC AND LASER WEAPONS

Star Citizen Alpha 2.4’s Item Port System simplifies customizing your ship’s configuration, making it very intuitive to experiment with varying ship loadouts. As mentioned in a previous article, one of the first things I did was change the weapons on my Sabre. That said, how did I decide on the type of weapons I wanted to use? To begin, you need to understand the difference between ballistic and laser weapons.

Ballistic weapons fire physical ammunition at a target. As this is a physical object with mass, it’s slowed down by the targeted ship’s shield but is able to penetrate it to do damage to the ship’s hull. The amount of damage that passes through the shield to hit the hull is based on the class of shield being penetrated. For example, an inexpensive civilian class shield may have a 40/60 split. This means 40% of the incoming damage is absorbed by the shield. The other 60% of the damage hits the hull.

Additionally, as a mechanized device, ballistic weapons do not utilize your ship’s energy to fire and generate a minimal amount of heat. If enough energy exists for the weapon itself to be brought online, that’s all that’s required. This allows you to sustain other ship components that require energy better. And ballistic don’t contribute greatly to your ship’s overall heat signature. Here’s a summary of the advantages and disadvantages for ballistic weapons.

Let’s get the part where Star Citizen’s laser weapons are more akin to plasma weapons out of the way up front. I agree with the portion of the player base that prefers calling them energy weapons. A true laser beam travels at the speed of light and is therefore invisible to the naked eye. This is an energy based weapon and as such, it utilizes energy from your ship’s available pool to function. They also generate heat. How much heat tends to be directly proportional to the quality of the laser weapon, speed and damage output.

Unlike ballistic weapons, 100% of a laser weapon’s damage is absorbed by a ship’s shield. This means that before you can start damaging the targeted ship, you must do enough damage to deplete its shield first. Yes, there’s a reason why you can see where your shields are depleted and adjust, as well as see the same information for the targeted ship. Good news is that once the shield is depleted, direct laser weapon damage tends to be higher damage than a ballistic weapon of the same calibre. This is part of the design balancing act between ballistic and laser weapons. Here’s a summary of the advantages and disadvantages for laser weapons.

Now that we’ve discussed the basic differences, you can make a more informed decision about which type or combination you want to configure on your ships. Overall time to kill is relatively fast at this stage of the Star Citizen alpha, such that you can go all ballistic or all laser and be fine – for now.

However, as larger ships are introduced and the component system enables upgrading shields, you’ll want to balance your weapons selection against things like:

In everyday situations, it may be wise to have a mixture of ballistic and energy weapons. However, if you’re a scout or doing infiltration work, using weapons that increase your overall heat signature is probably counterproductive. These are the types of circumstances we’ll have to consider as larger ships are made flight ready and the game’s mechanics mature. 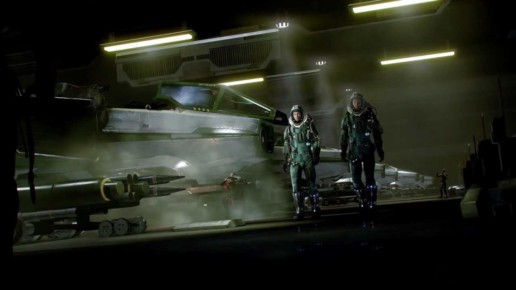