Skip to content
You don't hear much from Star Citizen backers about the stealth bomber, the Aegis Eclipse. I suppose it makes sense given that it's a 3-hit wonder, being that it only carries three torpedoes. However, the beauty of that payload is that they are size 9 ARGOS IX torpedoes that use Crosssection signal tracking, giving them a high degree of accuracy at damaging a single target.

You don’t hear much from Star Citizen backers about the stealth bomber, the Aegis Eclipse. I suppose it makes sense given that it’s a 3-hit wonder, being that it only carries three torpedoes. However, the beauty of that payload is that they are size 9 ARGOS IX torpedoes that use Crosssection signal tracking, giving them a high degree of accuracy at damaging a single target.

My foray into the Bounty Hunting profession put the Eclipse into my line of sight when I reached Very High-Risk Target (VHRT) missions. As with most of my MMO progression, I tend to do it solo, leaving group play for weekends. Dealing with the heavy-hitting Aegis Hammerhead became a lot of cat-n-mouse work to complete VHRTs. The Hammerhead, classified as a Heavy Gunship has six manned turrets and thirty-two missiles. It’s a formidable opponent when fully crewed.

The Constellation Andromeda, Origin 600, and Vanguard Warden or Sentinel are strong contenders for solo Bounty Hunters.

I’ve used the Constellation Andromeda from Roberts Space Industries as my Bounty Hunting ship of choice. As much as I detest the cluttered, Strutt-riddled cockpit design with a crossbar almost dead center in the pilot’s field of view, why on earth would it be designed that way, it’s one of the best solo Bounty Hunting ships. Not that it’s meant to be flown alone. Its advantage is that it supports ample firepower in the pilot’s hands plus two manned turrets. The reality is that the pilot-controlled weapons let you cakewalk the early missions and stand your ground well up to the High-Risk Targets. After that, it can get tricky fighting alone. Not that it can’t be done but it requires potentially multiple passes and killing all the enemy combatants before you can take on the Hammerhead. Given that for some of us, Bounty Hunting is a money grind and not our preferred profession, protracted encounters aren’t ideal. This is where the Eclipse comes in.

I was in Discord chatting with folks while doing my own bounties when I overheard a group doing VHRT missions in the Retaliator, another ship with size 9 torpedoes. They were discussing that the size 9s were 1-shotting the mission target, which is the Hammerhead. That got me thinking. Was there an option at my disposal that could do the same – go straight for the named target and ignore the rest? That’s when the Eclipse came to mind.

One of the things all backers appreciate is the fact that we can return, we call it melting, any ship for full credits.

A few years back, I played with a small group running escort for their cargo expeditions and owned the Eclipse. However, when that band of merry disappeared from the game due to cargo-hauling being broken by a patch and left that way for many months, I returned the ship for store credit. I didn’t have any use for a ship that melted like butter after delivering its three torpedoes. In fact, I hadn’t thought much of the ship when I’d flown it before. We hardly ever encountered opposition delivering cargo and certainly nothing that needed to pack that kind of punch. But today, was a new day.

As ships arrive and the intentions of the professions materialize, there are aspects of gameplay that I’m no longer interested in doing. When that occurs, I return unwanted ships. As such, I often have credits sitting on my account from returning ships here and there. The returned ship stays accessible to you as a buyback option in case you change your mind in the future. This allows backers to continuously refine their fleets as the game mechanics mature and their own intentions change. A few days ago, I decided to buy back the Eclipse, and am very happy that I did.

The Eclipse is not meant to stand toe-to-toe with any class of combat ship with its 2.5K health pool.

First off, it flies as you’d expect a stealth bomber to perform with its sleek profile. The cockpit is free from clutter which is immediately observable after flying the Connie. Combined with the sound effects of a softly purring engine and focused view from the way the cockpit is angled, you feel like you’re flying a silent killer. Using the stock ship components, I’m able to swoop into the field of conflict, locate the mission target, and wait for the longer missile lock, fire, and max boost away before I’m swarmed by enemies. Or at least, that’s how I do it now. I died on the first couple of attempts. Used to approaching the encounter as I had previously done with the Connie, I waited around to see if the missiles hit since they often fail due to countermeasures. Well, that didn’t turn out too well for a ship with only 2,500 point hull compared to the Connie’s 20,000. The ship’s hull turned molten in a flash of an eye, and my corpse was floating in space before I blinked.

Lesson learned. It’s a stealth bomber for a reason. Don’t be fooled because it comes equipped with two size-2 weapons. I suppose it can lend damage support in a fight as long as it’s not being targeted. Or if it’s up against a starter ship such as the Aurora which has a low health pool and equal size shield bubble. It’s definitely not meant to trade blows with the class of ships escorting the Hammerhead.

To be more effective at Eclipse-style encounters, I had to make room for target cycling commands on my throttle. Now, I’m adept at locating my target quickly, delivering a single torpedo, and boosting away at maximum speed to safety without looking back. The whole affair takes a couple of minutes for a payout that starts at 17.8K. I do three of them in a row, then switch back to my Connie for MRT and HRT missions until the next round of VHRT missions becomes available. 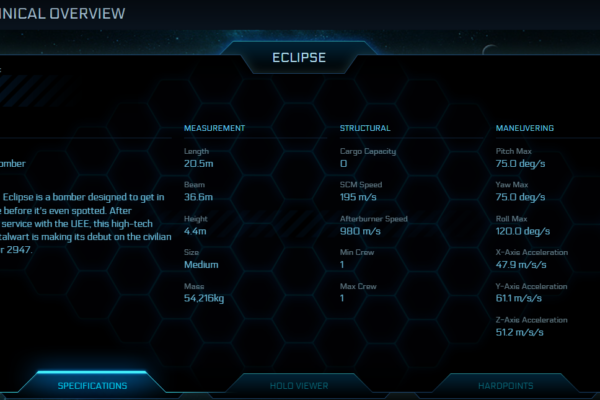 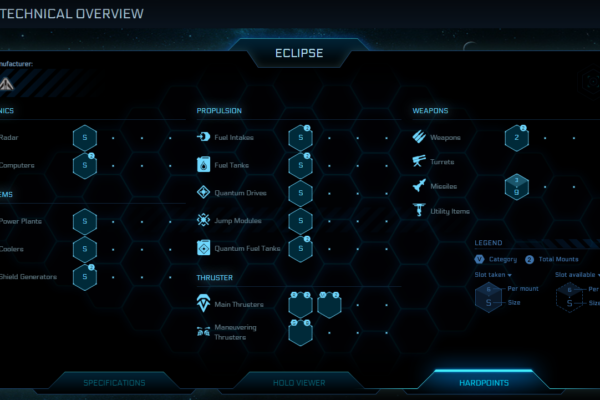 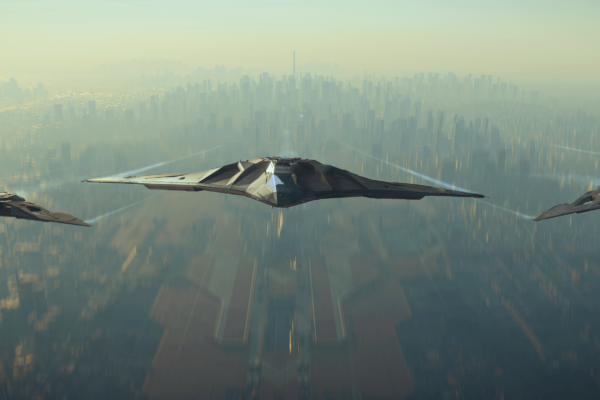 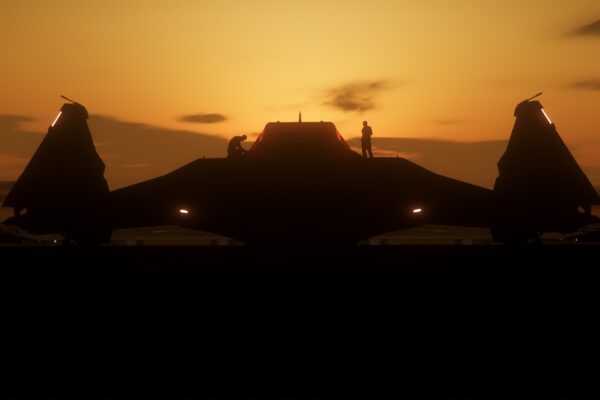 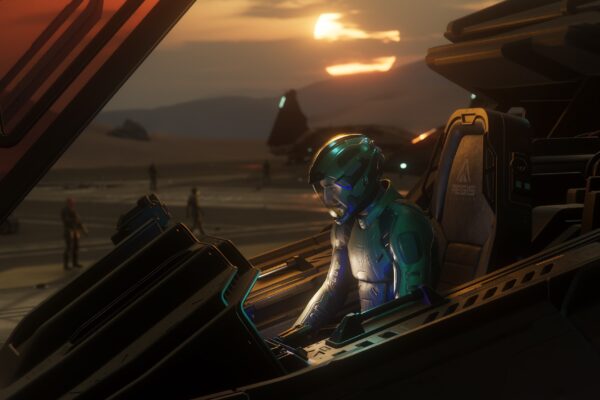 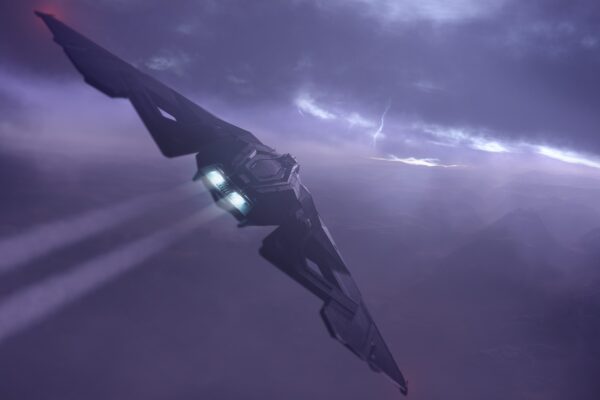 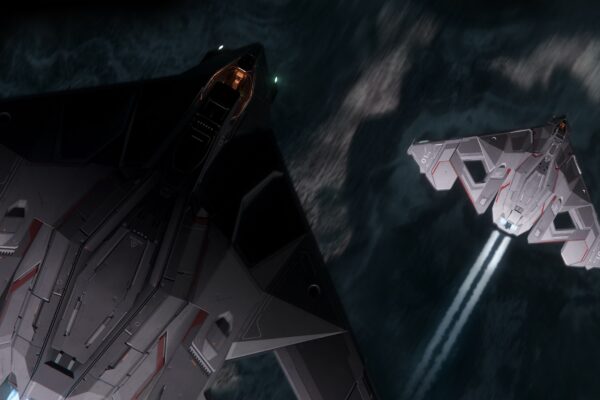 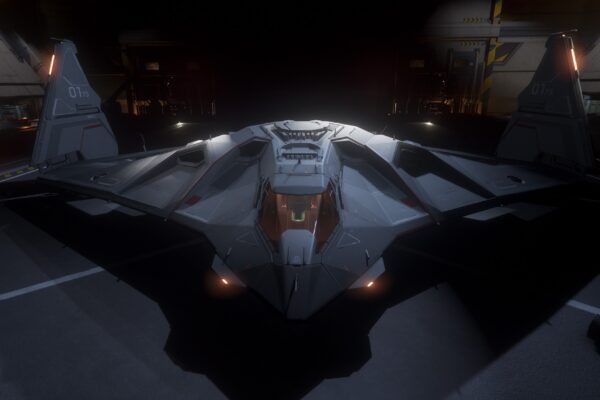