Skip to content
Banu aligned star systems account for 7% of the known Star Citizen Universe. Which means that they govern 6 of the 90 known systems. That’s small compared to the UEE’s 42%.

Caveat: This is the Beginning
Star Citizen’s feature set and lore are evolving. This article is based on what we know now. The information in the Star Systems section is based on the current ARK Starmap. I think it’s safe to say that the high level configuration of the known Star Citizen universe is locked for release. Cloud Imperium Games has already started shipping the physical star maps to players who purchased them. That said, we know that economy, population and locations of conflict will change as the universe progresses and players begin impacting it. Therefore, this discussion is the likely starting point for the Banu species.

Banu aligned star systems account for 7% of the known Star Citizen Universe. Which means that they govern 6 of the 90 known systems. That’s small compared to the UEE’s 42%. All of the Banu controlled systems contain high populations. As traders, they take action to accommodate and cultivate customers traveling through their spacelanes. It’s not uncommon for them to build flotillas to support pockets of consumer traffic to encourage the development of trade hubs. From an economic perspective, they’re holding their own with only 30% of their systems falling into the low economy range. This compared to 100% of Vanduul systems and 70+% for the UEE.

Banu Star System Economy and Population
ARK Starmap classifies Economy, Population and Danger on a Scale of 0 to 10

Banu Systems Account for 11% of Available Asteroid Belts and 11% of Gas Giants.

Composition of the Banu Star Systems Click here to see a one-page view of the charts looking at some of the ARK Starmap data for Banu Star Systems. The left side represents all known star systems.  The right side only includes Banu star systems.  This data was extracted from the live ARK Starmap hosted on Roberts Space Industries.com and imported Tableau, which is an analytics tool.

Our first encounter with the Banu occurred in the Davien system. In 2438 an independent nav-jumper named Vernon Tar, opened fire on what he thought was another privateer trying steal his meager claim in the system. The pilot of the other ship turned out to be Banu. Luckily, the incident didn’t lead to any deaths and became humanity’s first introduction to the Banu Protectorate.

Bacchus is believed to be the Banu’s home world. We say “believe” because the they haven’t been forthcoming on the subject. As with most Banu systems, their trade lanes are always packed with travellers from across the universe. Permanent flotillas are built anywhere they find a confluence of potential customers. The Banu are the traders and lore hounds of the Star Citizen Universe. As such, it makes sense that they would be the manufacturers of the prize among deep space merchants, the Banu Merchantman. A vessel that is more of a lifestyle than a ship.

Banu societal beliefs and principles are dictated by The Council, their religious leaders located in the Trise system. Members of The Council intentionally remain isolated from the rest of Banu society. It should be noted that their belief system supports and participates in indentured servitude. The Kins system is their primary slave trade market. This is a dangerous systems. As much from the slave trade, as it is from illegal activities undertaken by those visiting the area.

The Banu Political System is a Republic of Planet-States, each run under its own set of governing laws. The representatives of each planet gather for a quorum to debate legal and trade issues that affect the entire species. Otherwise, each planet is left to their own devices. The lack of a central government, formal or required communication between the planets and loose historical recordkeeping, means that Banu planets are rife with crime. Criminals can migrate from one Banu planet to the next when things get too hot. And since the UEE is forbidden from crossing borders to pursue wanted felons, Banu worlds are also a haven for human criminals and syndicates.

The Banu do not maintain a standing army. Local militia keep the peace within their systems and they’re not especially selective. Even criminals can and do serve. However, don’t be fooled into thinking this makes the Banu worlds an easy target. On the contrary, they have the means to muster a formidable fighting force if necessary.

Lastly, if you want to vacation Banu style, head to Yulin. It’s a popular destination for Banu and humans. Yulin’s mix of unique planets have been turned into an entertainment mecca with legal and illegal diversions. After seeing Earth and Terra, exploring the Banu systems will be high on my list of things to do. 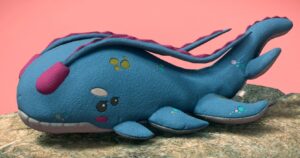 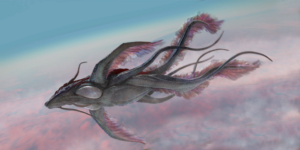 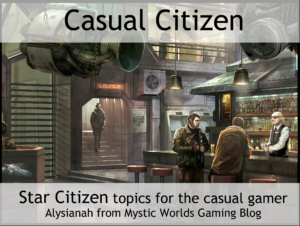