Other Worlds is a section I will occasionally include about my adventures in other virtual worlds. Feel free to fast forward if you only care about Star Citizen. If I write enough about different games, I might break it out into its own show.

I’m positive you can guess the name of the Other World rolling into this episode since it dominated the MMO category on Twitch during its Closed Beta. I pre-ordered it when it was first announced. Sight unseen, I knew I’d try it because I play every triple-A MMO for the North American audience. Yes, it’s New World by Amazon Games. It’s here, and it’s glorious!

The quiet solo adventurer in me is in heaven. The end-game crafter, at my core, doesn’t know if she’s coming or going. Every profession adds value, and you can do them all if you dare. You can solo. You can group. You can PVP, or you can mind your damn business, safe from the machinations of others.

At least from what we see in the Beta, Amazon was right to adjust the PVP ruleset to hit a wider audience. No matter how much they RAWR, hardcore PVP will always be a smaller audience than the PVE playstyle in MMOs.

The active, heavily contested back and forth open-world PVP in New World shows that you can have plenty of PVP without forcing players it on players who don’t want to partake

More importantly, when all of the combatants are “here for it,” the combat is more competitive versus clobbering a player who doesn’t PVP and was simply out minding their business. They shouldn’t be forced into keeping escorts or playing in a party to avoid how someone else chooses to play a game. In New World, Everyone gets to enjoy their style of gaming.

If you haven’t been following, what makes the PVP flagging work better in New World than other attempts I’ve seen is that flagging is only allowed in a city. You must make a conscious choice before leaving town. You can’t decide to punk out because you see a big group up ahead. You can’t grow false balls when you spy another player off on their own unprepared for your assault. If they’re flagged, they should be conscious of their surroundings and expecting to be attacked. If they’re not flagged you can’t do anything about it. They’re 100% safe from being attacked by another player.

I’m giddy about the fact that cooking is essential and not just for end-game consumables! I cook in every MMO that has it, even if it’s not valued. Harvesting crops, hunting for meat, and preparing meals makes me feel like my character is indeed a denizen of that world. And there’s fishing with a mechanic I enjoyed. It’s not cast and forget until you get a nibble like in WOW. It’s not silly let’s play keypress matching like in ArcheAge. It’s controlling the tension on the fishing line while reeling in your catch similar to real fishing. It was a lot of fun. I got into the habit of ending my gaming sessions with fishing to relax and unwind.

The zones are simply gorgeous. Even without players, they feel alive. Many pockets of content to explore. For me, there’s no joy in gaming more incredible than a beautifully rendered world with good mechanics, questing, and significant freedom of choice. There’s so much more I could say but this is a Star Citizen show. Suffice it to say, it felt good playing an MMO on the cusp of being a released game. 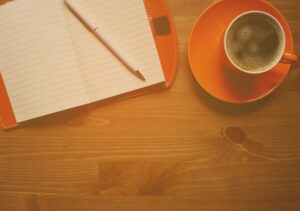 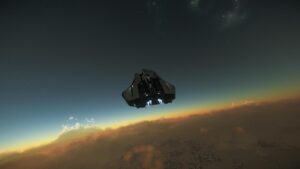 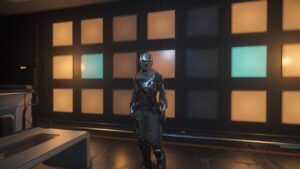